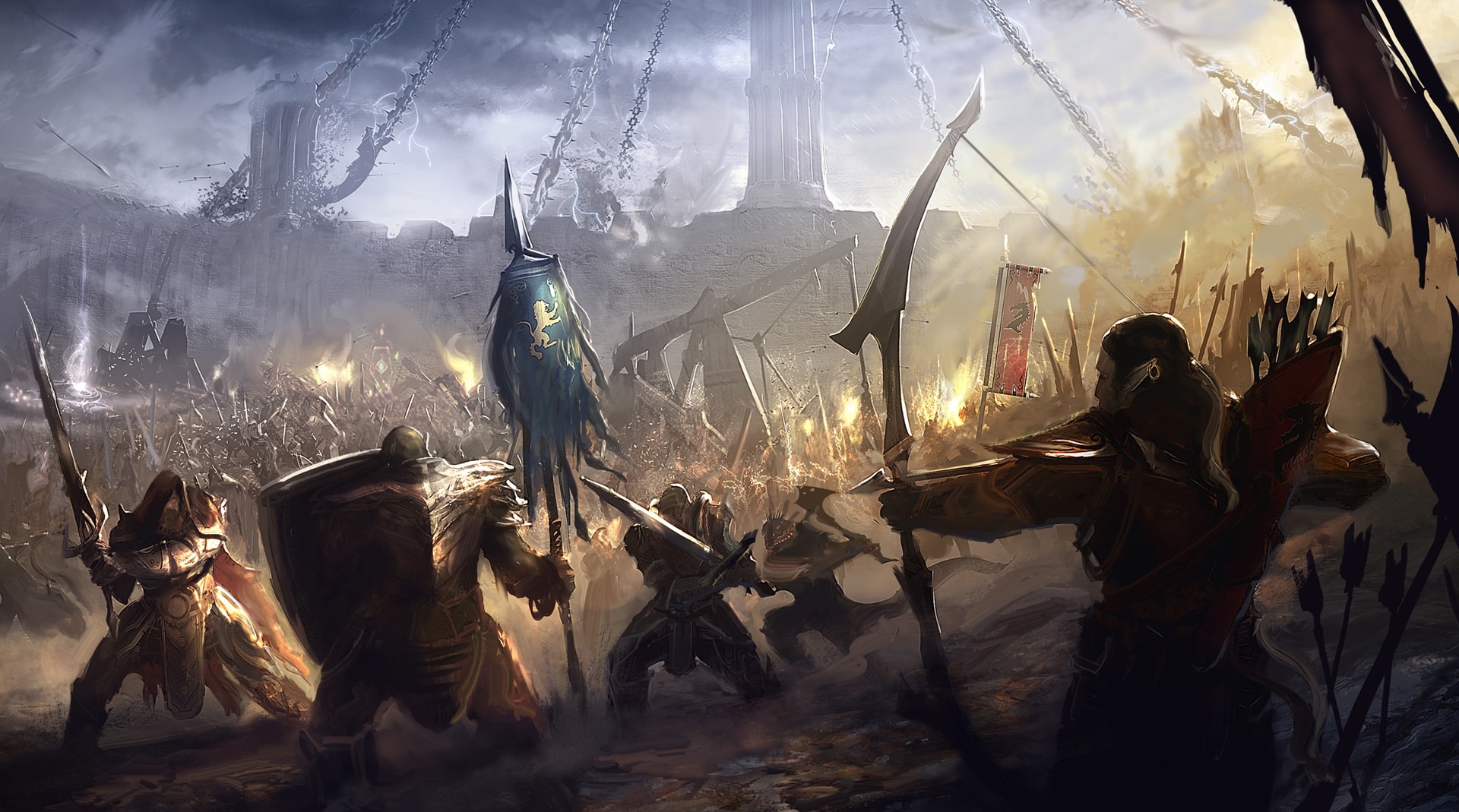 The Racial Passive Changes have finally been posted on the forums! Here they are for you to peruse. See the official forum post for full developer commentary.

When the changes go live, they’ll be refunding all points spent on racial passives so players will have to reallocate their points. They will also be giving players three free race change per account.

The Champion System has also been updated in the 4.3.2 PTS Patch.

Updated the calculation with your Maximum Health, Magicka, and Stamina interacting with modifiers to better reflect the 20% increase to these stats from your first 100 points spent into each tree of the Champion Point system. Previously, this 20% only applied to your base stats, attributes, enchantments, and 2 through 4 piece bonuses on item sets. After this change, all sources of flat stat increases will be affected. Consumable food and drinks, 5 piece bonuses from item sets, and passives will now be properly affected by the 20% increase.

Developer Comment – After the adjustment to allow flat stats to scale better with CP, we wanted to improve some of the bonuses of Argonians so they could keep up. We targeted their Healing Done bonus to help make it feel more impactful for their identity as strong healers, and their Resourceful passive to help highlight their ability to stay in the fray.

Old Developer Comments – Argonians by nature are resilient creatures, adapting to their surroundings and accumulating themselves to the environment. Their ability to shrug off potent diseases makes them harder to take down, and their connection with the Hist empowers their will for life. Their bonus to Healing Done makes them gifted at healing themselves or their allies, while their resource return after drinking a potion helps them stay in the fight. Regardless of their role, their ability to recuperate and get back into the fray is something to respect. Previously Argonians offered far too many stats and they were mathematically twice as good as some races. This retracted from the unique feeling we wanted each race to have since their bonuses were all over the place. Now they should have more of some stats that make them stand out a bit more, while they’ll have less in other areas that weren’t in line with that vision.

Developer Comment – Previously, the adjustments to Dark Elves deviated a little too far from their original implementation and we noticed we can still highlight the race’s identity of duality in blade and magic without their Max Health, so we removed it in place for returning power to their other flat stats.

Old Developer Comments – Dark Elves are a sophisticated race that can thrive in the harshest conditions. Intelligent and quick, they are well versed in blade or magic, giving them a keen advantage in juggling between the two. By giving them a balanced bonus of Weapon and Spell Damage, as well as Magicka and Stamina, their natural cunning and versatility will be demonstrated as they can fulfil any role.

Developer Comment – The hardy Nords reigning from Skyrim are well accustom to the hardships of life. With a bonus to constitution and their ability to shrug off the bitter cold, they can soak up immense amounts of damage. Their ability to snap back from punishment is highlighted with their new Ultimate gain passive. We changed their flat damage reduction to Resistances, so it better scaled with all playstyles, and allowed for different build paths than it did before.

Old Developer Comment – High Elf culture is heavily ingrained with the belief of destiny and birthright, so we wanted a passive that highlighted their ability to harness their innate or class. Granting them a unique resource when accessing a class ability really gets that feeling off and makes it much more engaging than the previous flat recovery bonus. On top of that, High Elves are well known for being powerful , and we wanted to make this race feel more powerful when they were charging up a powerful ability.

Developer Comment – With the introduction of CP scaling with the flat stats of the races, we made sure to make some minor adjustments so Khajiit wouldn’t fall behind the other races. The bonus to the stealth radius was also slightly over tuned and allowed you to sneak too effectively. Now, you shouldn’t be able to sneak in the face of guards and wave unless you’ve heavily invested into sneaking with gear and other passives.

Old Developer Comments – The Khajiiti race is one of intrigue and versatility, with a natural ability to adapt to any walk of life. Under the guidance of the they can fulfil any role, with a well-rounded bonus to all resources. We also wanted to better demonstrate their keenness for subterfuge and trickery, so they now have more access to critical strike chance and sneaking potential, regardless of what proficiency they build into.

Developer Comment – We heard your concerns of adding in a highly powerful movement speed bonus tied to Roll Dodging, as well as the performance of this passive in PvE versus PvP environments. We wanted players who are focused on damage to get a small boost out of this in situations where they dodge attacks, without adding more passive power to the race.

Old Developer Comments – The thick forests of Valenwood have imprinted the importance of the ability to hunt in the Wood Elf race, and as they have a natural adeptness for detecting potential threats. Quick to react and well versed in the poisons of nature, they can outlast and outwit their opponents. These traits are demonstrated with their natural speed boost when tactfully engaging combat, and their unparalleled Stamina Recovery.

Developer Comment – While Bretons had been brought up to speed with our other races with our first round of changes, we still felt the story or unique element to be missing. We added a small contextual flavor bonus on their Spell Attunement passive to help highlight their ability to shrug off magical attacks.

Old Developer Comments – The Breton race is a proud one, and well attuned to the natures of magic. Their natural hardiness paired with arcane ability allow them to shrug off powerful spells and retaliate in quick succession with their own. This is shown in their bonuses to their Magicka pool, as well as their high resistance to spell attacks. Bretons should be feared for their ability to constantly weave spells with little delay.

Developer Comment – Our first adjustments to Orcs still had them too spread thin when their original intent is meant to be damage focused. By reducing their sustaining abilities and healing bonuses, we’ve been able to bring up their base stats instead without sacrificing their identity as berserkers or shock troops.

Old Developer Comments – The Orc race is one of and code. Well known for their aggressive combat style, we wanted to showcase this by helping them keep up the fight with their new recovery when utilizing any weapon. Their previous bonus to Melee Damage was niche, and we wanted Orcs to feel powerful with restrictions. Since we’re giving them more damage and aggression, we also wanted to dial back on some of their defensive power.

Developer Comment: While we’re relatively happy with the performance and identity of the Redguard race, we noticed they lacked that unique flavor or story piece in their passives that helped add a little something different. Due to their training in battle and ability to flow in combat, we decided to help them retain some of their fluidity by granting a small reduction to snare potency.

Old Developer Comments – Fierce and resilient, the Redguard race are well respected for their physical combat prowess. We wanted to emphasize their cultural background of being well versed in the ways of combat by granting them a cost reduction bonus for weapon while pulling back from some of their passive recovery. Instead, we’ve moved it more into their offensive staying power with Adrenaline Rush to highlight their natural advantage to attrition.

Developer Comment – Previously, Red Diamond felt far too restrictive for tanking builds as there was a % chance on offensive attacks, which tanks typically only do in short bursts. Now, we’ve streamlined the effect to happen around roughly the same cadence, while also adjusting the values to grant you some recovery in resources that any build can benefit from.

Old Developer Comments – Stout and hardy by nature, the Imperial race is one of order in battle and culture. They stand strong and unified, regardless of what hardships face them. This is highlighted with their powerful bonuses to , and ability to push back when under pressure.