The location of the Tomes may vary but you should be able to find each one within the general vicinity of the screenshots/map references below.

I’ve included the Dantooine Cipher as well for those who may not have it.

All of these are found in the main daily area of Ossus. None are in the Jedi Temple.

Volume 1 is found in a farm building near the Republic Outpost in the Farms area of Ossus.

Located in the cave that leads to the Ancient Ruins area from the Ossus Canyons near the Imperial Outpost. This Tome can spawn pretty much anywhere in this cave.

This Tome is found among the ancient ruins adjacent to the Dead Forest Imperial Quick Travel Point.

Volume 4 is also found in the Ancient Ruins east of the Republic Outpost. It can also spawn on the ship platform (seen in the screenshot below).

The final Tome can be found in the Ossus Canyons at (or in this case near) the waterfalls. Usually the upper tiers.

All of the volumes for this achievement can be found in Rishi Cove.

The first Volume is found in the Raiders Cove Slums.

This tome is found in this area north of the crew skill trainers.

This tome is found among the old class trainers.

Volume 4 is found in the area near the ramp that leads to the Ravagers Operation entrance.

Volume 5 is found at the Private Docks which you enter via the Slums north east of the Ravagers Operation entrance.

Can be found on Dantooine while the Pirate Incursion Event is active and in peacetime. 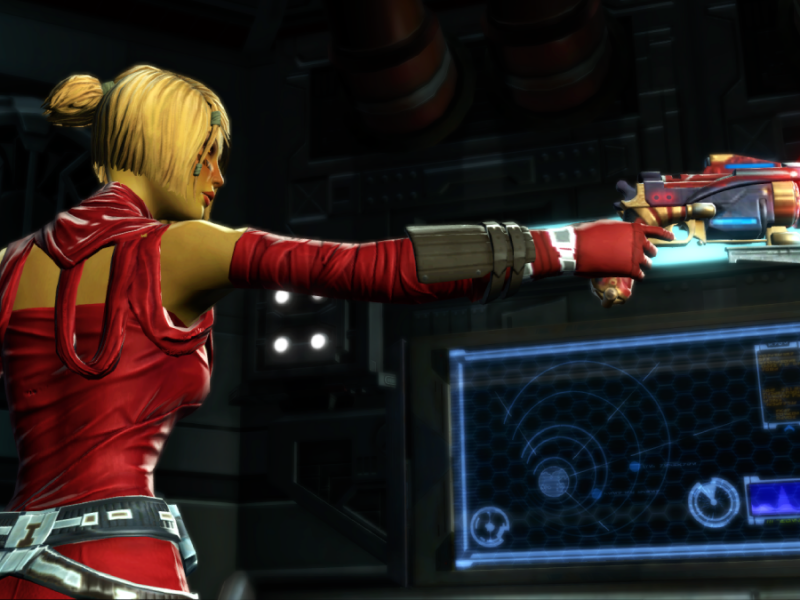