I asked myself when I began writing this article ‘Was this the year we got the Alderaan Stronghold?’

Yes, yes. It turns out it was.

It’s been a hell of a year for everyone. Star Wars The Old Republic, true to form, was not exempt from 2020. COVID aside, there’s been minimal new content introduced this year. Unsurprising, of course, for a game known to put out small content patches and have really long gaps between content. On the plus side, there were quite a few quality of life improvements and an epic story to round out the year.

Here’s an overview of what happened in 2020 in The Old Republic.

The main highlights, for me, were the new Events, the quality of life PvP changes, the Alderaan Stronghold and the recent Echoes of Oblivion story. The new Events were a nice distraction from the usual mundane. I enjoyed participating in them as well as creating guides (Swoop, Feast) for them.

Most of the PvP changes and quality of life improvements this year were overall positive, in my opinion. If it wasn’t for Rocket Out and other rapid-moving abilities still being bugged, I probably would have PvPed a lot more this year. Constantly getting stuck in terrain due to Rocket Out caused me to completely rage quit the game multiple times this year.

The Alderaan Stronghold is absolutely gorgeous and I’m still slowly decorating it. If only quality decorations weren’t so painful to obtain! And, of course, the new Echoes of Oblivion story. No spoilers, but it was incredible!

As I mentioned above, there were a fair few quality-of-life changes. ‘Legacy Ignore’, one of the most sought-after quality of life changes by the player base, was finally implemented.

Another ongoing theme for the year was the numerous Conquest changes and overhauls. I feel Conquest is in a pretty good place right now but could still use some tweaks, especially for level 75 characters. You would think it would make more sense to make doing conquest on level 75’s more rewarding than low-level characters. But alas, this is not the case. I understand they want to make new players aware of the system, but that doesn’t mean they should gimp point acquisition once you do hit 75. It’s not hard to get points at level 75, of course, it’s simply a lot easier to get points on a low-level character. Hopefully, a better balance can be achieved in the future, for the sake of conquest guilds.

The Elephant in the Room

While we saw lots of little changes and tweaks to various types of content, there was very little actual new content introduced to the game. Two Events, NIM Dxun, Story updates and a new Flashpoint. When you compare this content delivered by SWTOR to other MMO’s, it definitely falls short.

We can debate the ‘why’s’ and ‘how’s’ all we want. But it won’t change anything. Nothing ever does. Regardless, it’s frustrating to continually watch the game seemingly being held back. I don’t blame the developers and I’m beyond grateful for the work they do put into the game. But this has been a continuing pattern for years now. It’s just frustrating at times. But, I’ve come to accept that content will forever be a trickle with The Old Republic.

I hope the developers know this frustration I have comes from a place of love for the game.

Now, looking to 2021. We have very little information or hints from the developers about what is going to happen. Meanwhile, other MMO’s are already hyping their content for 2021. All we can say for certain is that the developers seem excited about the 10-year anniversary. They’ve even vaguely hinted that we’ll get an expansion then too. We can kind of guess based on the recent 6.2 storylines where the story is headed. But I think any story going forward will have a hard time living up to the hype that was Echoes of Oblivion. The Old Republic reached its peak with that epic story. Kind of a shame that the story was just in an update and not part of a major expansion.

Given the state of the game and how little new content there’s been this year, I find it difficult to get excited about the upcoming anniversary. I’m sure once they start revealing stuff I’ll get more interested especially if they address key PvP and Stronghold issues.

I’ll likely discuss the recent 6.2 story and my hopes and predictions for 2021 in more detail in future articles.

All we can do now is have hope. 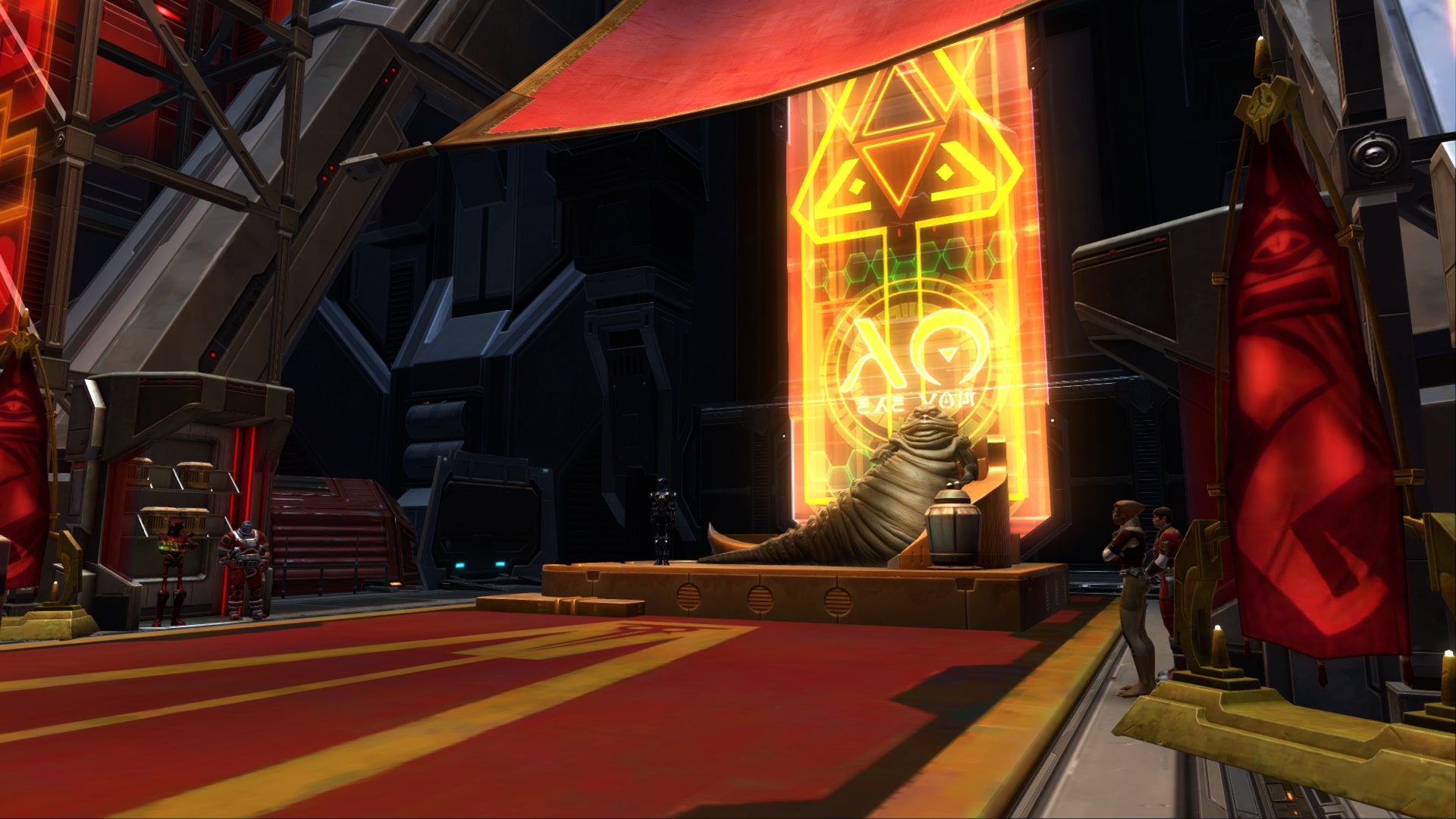