Here is my full Guide to the Life Day Event in Star Wars the Old Republic.

The Basics – What is Life Day?

In The Old Republic, it is an event where you throw snowballs at people and NPC’s to get Snow-Covered Parcels and hug Wookiees.

That’s it. That’s the Event. There are no missions to pick up. All missions are automatically given to you. There are also some achievements to get along the way which grants some nice titles.

Basically, there are three different activities you can do.

How to Get Started with the Life Day Event

Simply travel to your faction’s Fleet and go to the ‘Master of Ceremonies’ Life Day Vendor. They are located in the Galactic Trade Market Area.

Once you’re at the vendor, purchase the ‘Life Day Snowball Bomb’ for 1,000 Credits.

Alternatively, you can purchase the ‘Life Day Snowball Cannon’ from the Cartel Market for 500 CC that does the same thing. The only difference is that the cooldown to use it is 6s.

Then, put the Bomb or Cannon on a quickbar, target a player or NPC, then click on the ‘Life Day Snowball Bomb’ to throw it at your target. Note there is only a CHANCE that you will get a Snow-Covered Parcel.

Snow-Covered Parcels are the currency you get from throwing Snowballs. You can use this currency to purchase a fair few items from the ‘Master of Ceremonies’ Life Day Vendor.

Snow-Covered Parcels are now a Legacy Event Currency. They are stored in the Currency Tab of your Inventory in the ‘Event Currencies’ section.

If you have any Snow-Covered Parcels from previous years sitting in your Legacy Bank or Cargo Hold etc. you will need to mail them to an alt. Then log onto the alt and take them out of the mail. They will then automatically be placed into the Currency Tab.

You have a chance of getting a Snow-Covered Parcel by throwing Snowballs at:

You can find Life-Day Gift Droids on the following planets

Wookiee Carolers and Revelers are found on Fleet, Nar Shaddaa and Mek-Sha.

There are three different missions you can complete during the Life Day Event. All missions are granted automatically from performing specific tasks.

Two of the missions have a chance of completion by throwing Snowballs and one requires hugging Wookiees.

Simply throw Snowballs at players or select NPC’s for a chance to earn Snow-Covered Parcels and complete the Mission ‘A Special Snowflake’. It’s not uncommon to throw out a lot of Snowballs and not get any Parcels.

Here are the decoration choices.

Wookiee Hugging – Could Use A Good Hug

Wookiees can be found at the following locations.

To hug a Wookiee, you need to click on the Wookiee then stand close to it. Once you are standing close enough the temporary ability, ‘Hug A Wookiee’ will pop up. Then you have to find the ‘sweet spot’ for the ability to light up. Once the ability is lit up, then you can hug the Wookiee.

Hugging a Wookiee automatically grants the daily mission ‘Could Use a Good Hug’. You still have to hug an additional nine Wookiees to complete the mission.

Here is a list of all the items you can purchase from the ‘Master of Ceremonies’ Life Day Vendor.

There are a number of Achievements associated with Life Day. They can be found under Events -> General -> Life Day.

In 2020, Conquest Objectives were introduced for Life Day!

Join the Xam Xam’s Community Discord and help the community grow! Get a heads up on her content and access to announcement channels. 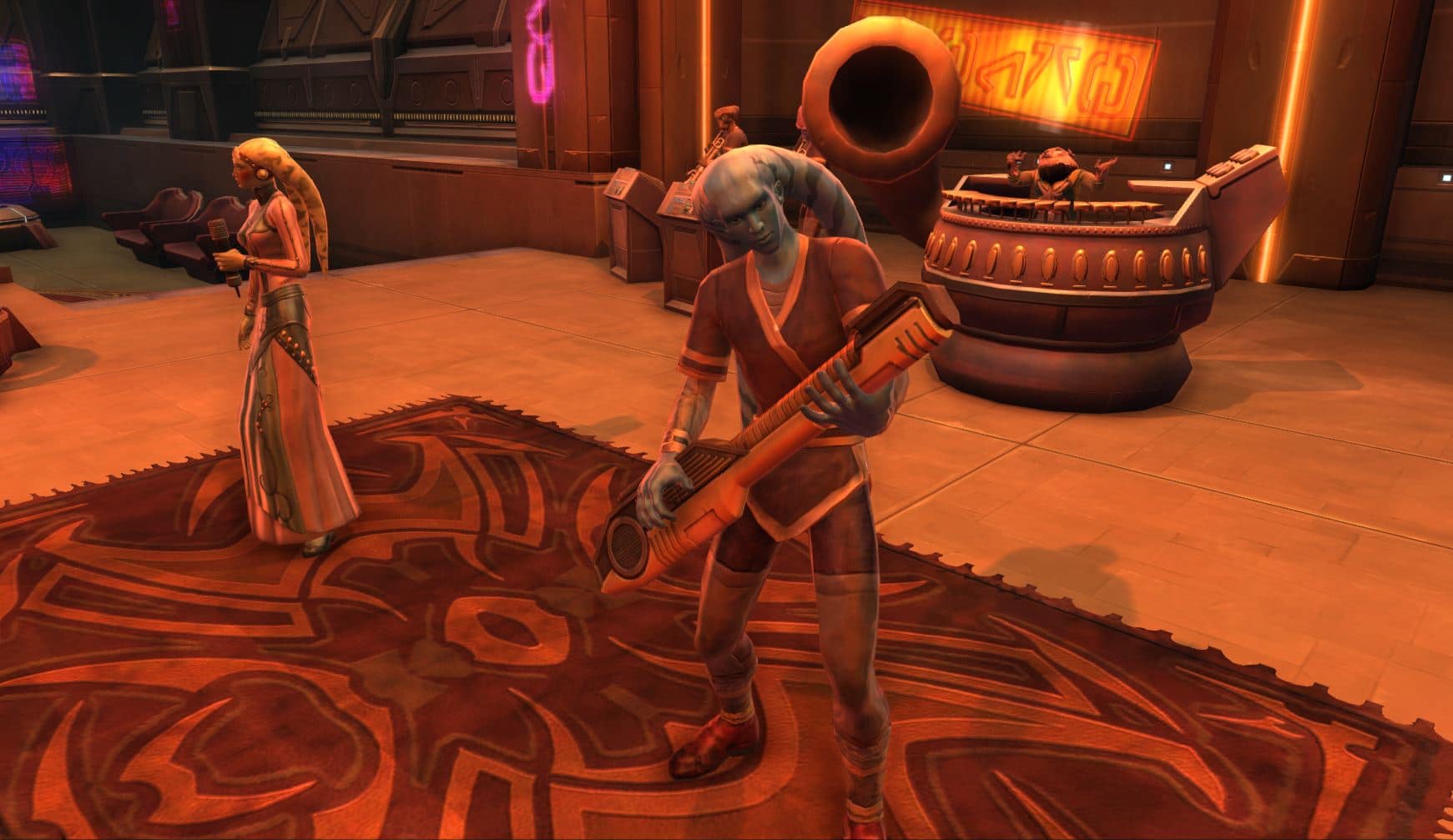