In anticipation of Star Wars The Old Republic’s 10-Year Anniversary, there is pressure on the developers to end the year with a bang! So what will that look like in terms of content? Will there be an expansion? How will the story evolve? Well, here are my SWTOR 2021 predictions and speculations.

Yes, as far as I’m concerned, it’s pretty much guaranteed that we will get an expansion this year. But, what will it feature?

Who? Our characters saving the day, again!

When (Release Date)? Probably around November/December to coincide with 10-year anniversary.

Where (Planets)? I reckon we could get to revisit an existing planet but it will be a brand new zone on the planet (think Black Hole on Corellia). There will almost certainly be 1-2 new planets. A fan favourite request for a long time as been Kashyyyk. They may also go for a planet from the Sequel Trilogy or recent Star Wars media. I’d personally love to see Scarif or Lothal in the game.

What will it contain (Content)? I think there’s a good chance it will be bigger (as in more content) than Onslaught. It will inevitably contain story spanning multiple planets. There will likely be some new endgame content including a new operation, new flashpoint, new gearing system (separate PvP and PvE gear PLEASE), maybe a new PvP map.

(Remember the days when we used to get a new Operation and a new PvP map that were related to each other? Haha!)

How (Access)? Will we have to pay for this expansion? If it ends up being bigger than Onslaught, then I’d say it’s highly likely they’ll put a price tag on it. Probably only $10-$20 like previous expansions. They could always do something special though and do a collectors edition? That would be sweet!

Keith Kanneg recently hinted at the possibility of some underlying improvements to the game.

We have some major plans for our 10th year. I almost can’t wait to start telling you what’s up, when you’ll get involved, along with some really cool underlying changes I think y’all will appreciate.

While there are those who a crazy enough to believe that this means the game will be releasing on consoles, I reckon it’s more believable that we’ll get a server upgrade. I mean, what sounds more plausible to you? That they would rework the entire game and combat system just to make the game playable on consoles? Or would they be better off upgrading the servers which would improve the game’s performance and stability? One is a significantly greater feat than the other and would certainly require far more resources including time, money and people power.

What would a server upgrade look like? It could just be a server hardware and/or software upgrade? Maybe there will be further server merges? Or maybe we’ll finally get those cross-server queues we used to beg for years ago* for PvP (and PvE)?

Either way, I’m curious to see what they end up doing. An even crazier idea could be an engine upgrade. I have no doubt that would take a huge amount of resources and help from EA to pull off though.

*For real, does anyone remember the days when all of us PvPers were begging for cross-server queues? Ahahaha those were the days.

Well, there is a lot happening now in terms of story.

So there’s a hell of a lot of directions the story could take and a lot to cover. Most of the stuff listed above is interrelated. The story also vastly differs depending on which faction you’ve sided with so that brings in even more variation.

How will the Mandalorian Civil War affect the greater galaxy? Will the Mandalorians being preoccupied weaken the Alliance/Hand/Taskforce? What’s Vaylin going to do now that she’s found a way back? Will she get the chance to redeem herself or will she go back to her old ways and try to outdo her father? And what’s up with the Jedi? Are there two Orders now? Are Satele Shan’s disciples separate from Master Gnost-Dural’s Jedi? Or will they unite and the Jedi Order be made whole again? What’s Malgus’ next move?

I’m honestly hoping that no matter what Malgus is up to, that we’ll get the option to join him if we’re Empire. That would be amazing!

In terms of story pacing, it will be interesting to see how they release story content throughout the year. Will they try and resolve some stuff prior to the expansion? Or will they build everything up to lead into an explosive expansion story? I’m convinced they’re going to go bigger and better for the expansion, story-wise. Having a main storyline (Onslaught sized) and a sizeable side story would certainly do the trick.

There’s a lot to fix especially class abilities that cause you to get stuck in terrain (Rocket Out), lots of PvP fixes to do + performance (Vandin/Quesh fix eta?), game systems that need some attention/QoL improvements eg. strongholds/decorations (see my ‘SWTOR 2021 Wishlist’). It will be interesting to see what they prioritise.

I reckon we may get 3-4 smallish updates continuing in the QoL/Fixes vein they were doing in 2020 with some small amounts of content and story snippets. Then they’ll throw everything into the expansion at the end of the year.

Now to conclude with the most important question. Will there be a fancy cinematic? I bloody hope so. 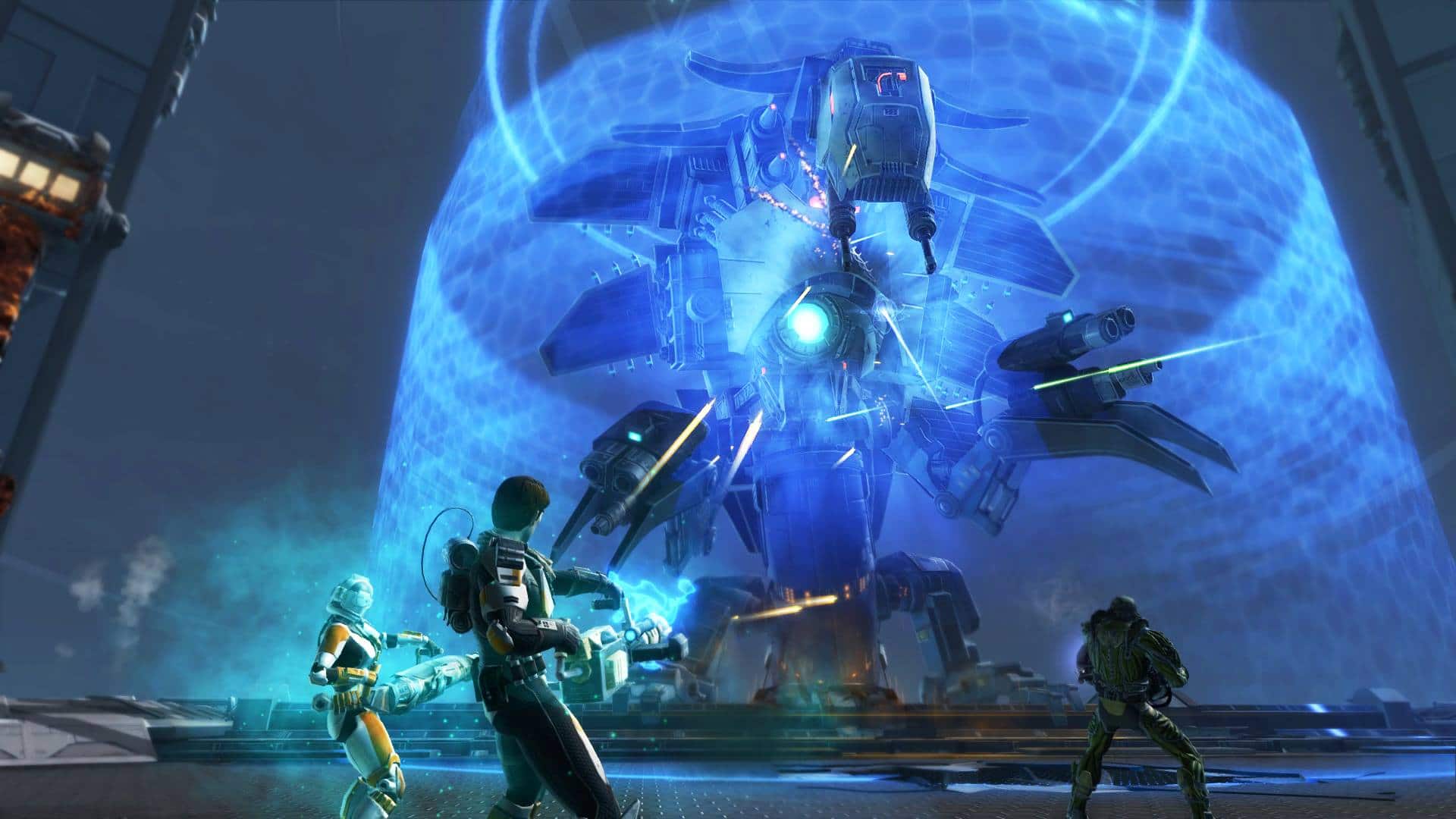 2 thoughts on “My Star Wars The Old Republic 2021 Predictions”