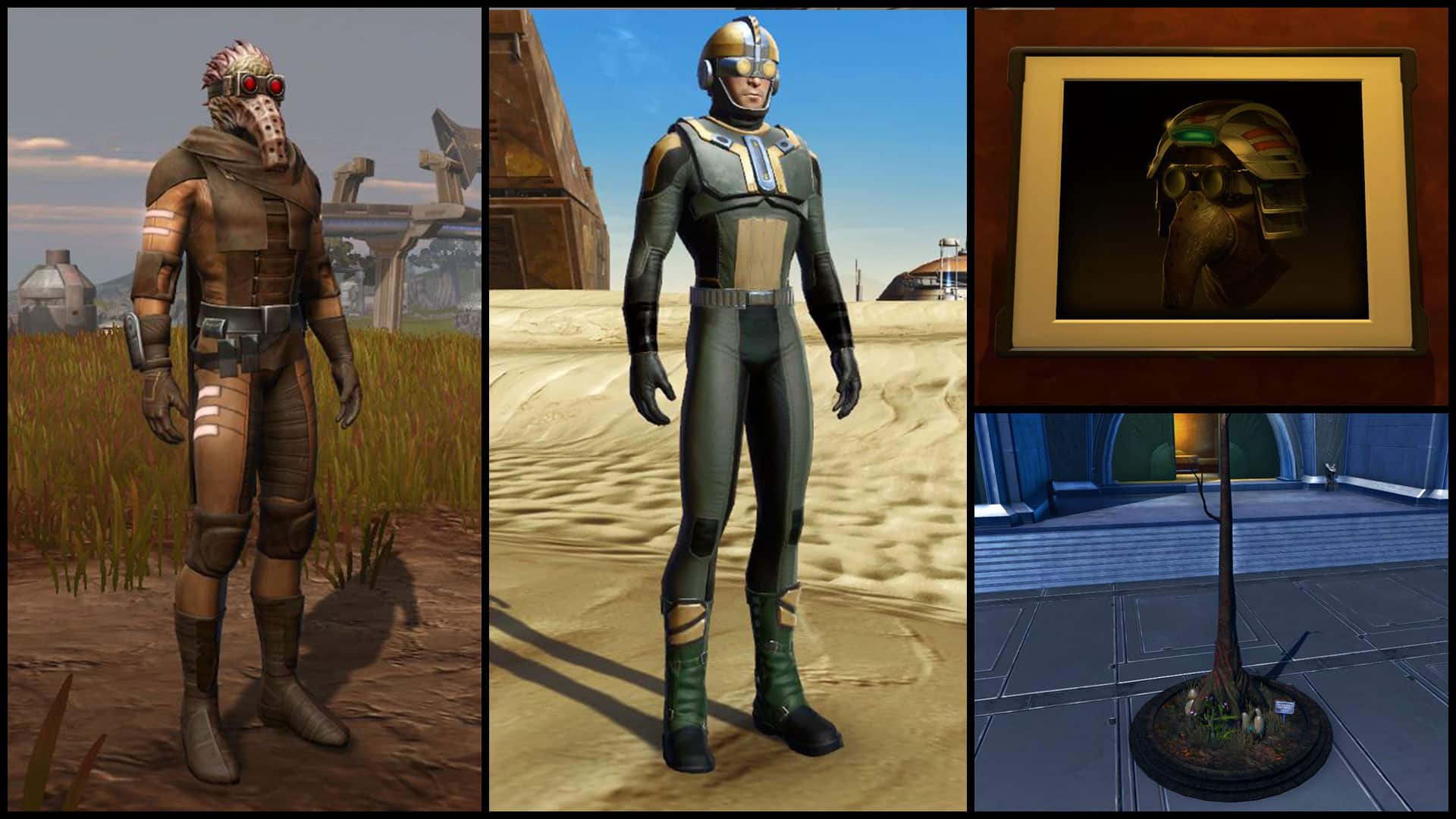 Here is my SWTOR Galactic Seasons 1 – The Stranger from Kubindi Guide. This guide includes a brief overview of how the system works, how to get points and level, the Season 1 priority objectives and an in-depth look at the Season 1 Reward Tracks.

Galactic Seasons is a new rewards system being introduced to The Old Republic. It is basically an amped-up version of the Daily Login Rewards system introduced in Game Update 6.2 that requires extra participation.

Instead of getting freebies, you have to complete certain tasks to earn Galactic Season Points. These tasks will be identical to the current Conquest Objectives and new ones being introduced in Game Update 6.3. There will be a limited number of daily or weekly Priority Objectives to choose from each day/week. Completing these objectives will reward points that will increase your level. You earn a total of 800 points.

You earn rewards as you gain levels. Each level is worth 8 points and there are a total of 100 levels. There are two reward tracks, one accessible to all players and one for subscribers only.

You can accses the Galactic Seasons UI through the new Rewards interface which is located in the asme spot a the Login Rewards were.

There are a total of 800 points to earn with a total of 100 levels making each level worth 8 points.

You can level through Galactic Seasons by doing the following things.

To see what daily and weekly objectives you have available, you need to go to the Conquest interface. You will find your priority objectives at the top of your conquest list.

Each week, there will be select dailies and weeklies available. These rotate on a 5-week schedule. You can complete two dailies per day and two weeklies per week.

You can not directly pick and choose which dailies and weeklies you do. However, you can refresh your Daily once per day and your Weekly once per week. You can do this through the Conquest Interface.

Here are tables of all the possible dailies and weeklies.

Week 4 – Seat of the Empire

There are two different rewards tracks. One for everyone (including Free to Play players) and one for Subscribers only.

Here is an image of all the tiers.

Here are tables outlining all the rewards and what they are.

Here are previews of most of the rewards.

Thank you for reading my guide! If you have any quetions, feel free to ask.