The next Star Wars The Old Republic Game Update, 7.0.2, is being released on Tuesday, April 26th! Elements of it were available on the PTS for testing. It includes a lot of nice quality of life changes. Everything we know about SWTOR Game Update 7.0.2 comes from the Developer Tracker, the PTS and Patch Notes.

Weapons in the Outfit Designer

A fix is incoming to address players with gear higher than 326 in Warzones and Arenas having a slight stat advantage.

Sadly, there does not appear to be a fix in the patch notes for augments not counting in PvP.

Now for some good news! The /stuck command has been reenabled in Warzones and Arenas.

The developers have determined the root cause of a bug that was causing item ratings in Level Synced content to be inaccurately computed. This didn’t result in major stat changes but was the cause of some stats appearing to be worse after the 7.0.1 update in content that was Level Synced.

The root cause for companions suddenly becoming worse tanks or not drawing aggro or dealing damage as expected was a bug in how their base stats were applied when loading into a planet or area. This caused some of their stats to be missing or inaccurate, which made things like their taunt ability or area of effect damage abilities miss their target NPC every time.

“Fixed an issue where companions were missing attacks, taunts and heals, as well as some of their stats.“

The new gearing currencies introduced in 7.0 are being renamed in 7.0.2.

“Conquest Commendations can now be exchanged for Tech Fragments at the Spoils of War Vendor.“

Improvements to Unranked Daily Mission Rewards: [DAILY] March Them Down and [DAILY] No Quarter

The Galactic Starfighter Weekly rewards have been reduced.

The amount of Tech Fragments that drop from Operation bosses are changing. Here are the amounts per boss for the various difficulties.

The developers have determined via feedback that players are hitting the currency cap on Conquest Commendations well before other currencies. To help this we’ll be making some adjustments:

The developers want PvP queues and matches to be healthy, so they’re going to be modifying Unranked Warzone missions to allow players to progress even if the match is lost. They took a look at the average completion time of Unranked Warzones compared to Galactic Starfighter matches and arrived at three losses equal to one win for progression.

The following Missions will allow progress on loss (Wins will count 3x):

This reduces the total Tech Fragment cost of an Augment to 40,000 Tech Fragments. This is more expensive than upgrading your Legendary Implants as we do want players to focus on their Implants and gear before pursuing Augments.

Here are the full Patch Notes. 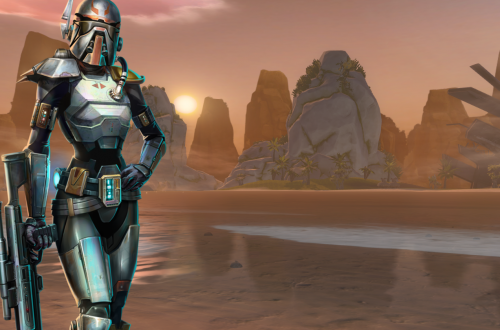