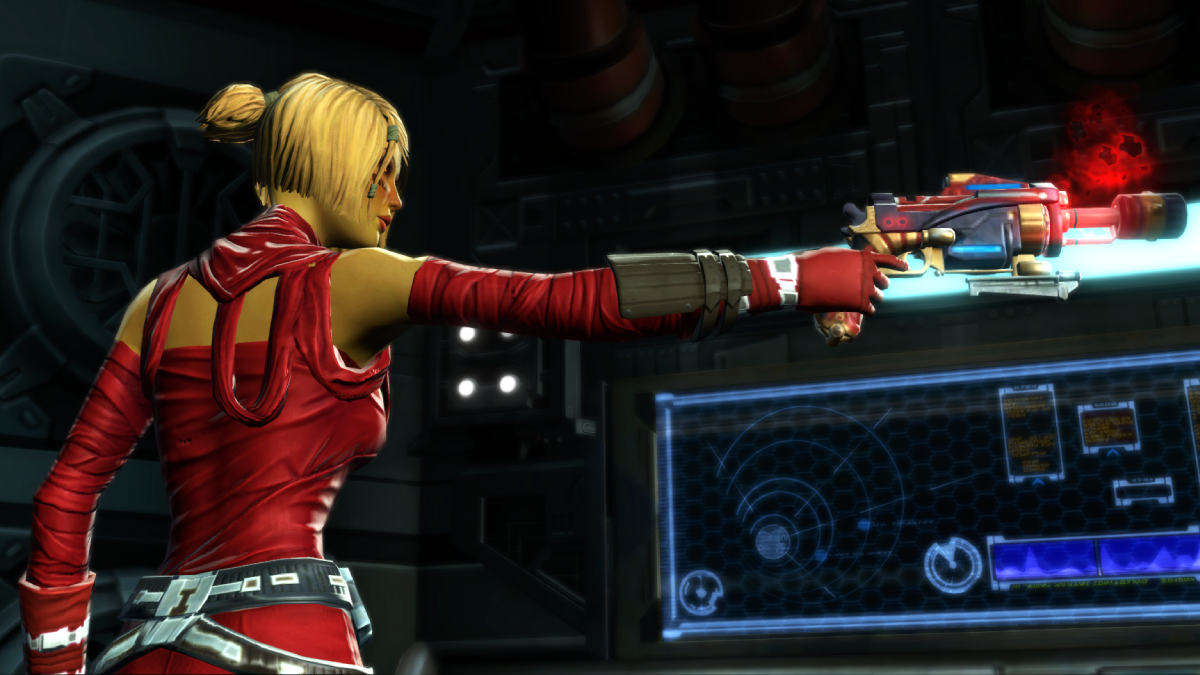 The Star Wars The Old Republic Developers recently announced that the next Game Update 7.1.1 and would include Class Balance changes. Included are healer balance changes. Chris Durel, Gameplay Designer, stated that these changes will not be available for testing on the PTS. The developers have requested constructive feedback about the changes and noted they are all subject to change. This is the SWTOR Team’s philosophy behind the changes.

With 7.1.1, we are mostly focused on healer balance and various QoL (quality of life) improvements across the classes. We’ve taken a lot of your feedback and applied that to the changes we are making in 7.1.1. This includes changes to every healer with Operatives / Scoundrel, Mercenaries / Commandos, and Sorcerers / Sages in the form of balance adjustments, passive mod redesigns, and QoL improvements. In many cases, we’ve adjusted their HPS (heal per second) output to be higher, as we noticed they weren’t reaching our internal targets. Operatives, while their healing is being brought down in some cases, are being brought up in others.

Our goal with this change is to equalize healer HPS across all combat styles while retaining their individual class identity.

What follows is an overview of all the proposed healing balance changes and (since several people have asked) my thoughts on the changes. Again, these are not final and are subject to change. I’ve included images of the various (Imperial) ability tree passives and mods in their current state (7.1) for reference. I’ve also added the opposite class ability and passive names when they were missed by Bioware.

Kolto Burst/Medical Burst – this change nerfs the AoE healing capability of Operatives/Scoundrels significantly. Basically, the healing output of Kolto Inject/Underworld Medicine on allies will be half what it is on you. This is quite the nerf but not unexpected.

Kolto Stim/Underworld Tactics – an extra Tactical Advantage/Upper Hand when Kolto Inject/Underworld Medicine is used on yourself is a small buff but still isn’t quite as good as Kolto Burst/Medical Burst (despite the nerf).

Nano Mark/Kolto Mark – reduces the healing received to the target of Recuperative Nanotech/Kolto Cloud to 10%. This nerf will put a small dent in their single target healing capability. It feels like an unnecessary nerf.

Defensive Injection/Medicine (now Reactive Substance/[unknown Scoundrel name]) – this sounds interesting. It’s almost like an AoE Kolto Shell (Merc ability). It will be interesting to see how it compares to Kolto Burst/Medical Burst.

The first change is pretty self-explanatory, just a percentage-based increase in healing output to the listed abilities.

Warden/Potent Medicine – increases the critical chance of all Mercenary/Commando Healing abilities. Making it 10% instead of 5% is a nice buff.

Integrated Scanning/Probes – is the most commonly used Healing Scan/Medical Probe Ability Tree Mod that increases all healing. You’ve just got to keep the buff up! Upping its healing by 5% is a nice little buff though.

Penetrating Darkness/Clairvoyance – changing this passive to increase the healing done by Resurgence/Rejuvenate to 15% is a nice buff.

Dark Concentration / Altruism – the only time it’s useful to use Dark Heal/Benevolence is when it’s procced so I guess increasing its healing from 50% to 60% is a nice little buff.

In short, these changes are an attempt to bring Sorcerers and Mercenaries up to Operatives while dropping Operatives down a peg or two.

A nerf to Operatives was certainly needed but I feel the Developers have taken it too far with the changes. Operatives are lacking defensives in PvP compared to Sorcerers and Mercenaries. I’m concerned that nerfing healing output without buffing their defensive capability is going to hurt the class. Their overpowered healing made up for their lack of Defensives. But now that their healing output has been nerfed, most players will struggle to play the class in PvP. They should still be viable in PvE.

As far as I’m concerned, Mercenaries/Commandos did not need a buff to their healing output at all. We have been decently balanced in that regard since 7.0. The fact that the class was viable in top-tier PvE content and could come close to Operatives is a testament to that.

The main aspect that some players struggled with when 7.0 launched (mostly those who only played the class in 6.0) was Heat/Energy Management. If the developers made heat/energy management easier we would likely go back to Mercenary/Commando being the top healers (assuming the Operative/Scoundrel nerf remains in place). If the developers ever decide to make adjustments to heat/energy management in the future, they would have to be very slight improvements eg. making Kolto Missile/Bomb build one stack of Supercharge or Kolto Shell/Trauma Probe cost slightly less.

Sorcerers/Sages definitely need a buff to their healing output but I’m not sure if these changes go far enough. I believe they are still going to fall short of Mercenaries and Operatives in terms of raw healing output in PvE content. They will be in a decent spot for PvP though with their already excellent utility at their disposal.

Thank you for reading this guide! Let me know your thoughts in the comments below or on Social Media. And a special thank you to my Patrons and Twitch Subscribers for your continued support!