Madness Sorcerer, previously known as ‘Sadness Sorcerer’, in 5.0, got some good loving from Bioware in the most recent expansion – 6.0 ‘Onslaught’. A fairly easy class to learn the basics, but takes a while to master, Madness Sorcerer is a dot spec class that is excellent in single target and AoE damage situations.

Over the last couple of months since first creating this guide, there have been some minor changes to passives, set bonuses, gearing and new findings regarding rotations.

Due to the changes mentioned above the Madness rotation can be slightly altered. For single target DPS, there are currently two schools of thought. The Lightning Strike rotation explained below, and the Force Lightning Spam rotation. The differences between the two rotations in terms of DPS output in live (operations, flashpoints and possibly PvP) is minimal in most situations. The differences being that the Lightning Strike rotation has a higher minimum DPS and a lower maximum whilst the Force Lightning rotation has a lower minimum but higher maximum DPS.

All gear pieces gathered from Flashpoints and Operations or brought from the vendor on the fleet.

Lightning Strike has a 100% chance and Force Lightning has a 50% chance to cause Creeping Terror to tick an additional time whenever they deal damage.

*Note – These stats are optimised for unscaled content – Nature of Progress (Dxun) Operation. All other PvE content is currently scaled with a hard cap on Endurance/Mastery and Power. Without optimising enhancements to get the most Power out of them, you will sit around 9300 power.

In most cases, Sith Defiance, Empty Body and Tempest Mastery are the utilities you want. Only take Corrupted Flesh when there is uncleansable periodic damage like Tyrans with Affliction or Red Venom for Apex Vanguard. In relation to Apex Vanguard, specifically for NiM, depending on your job in relation to the theft droids, you will want to take 4 utilities in Skillful. In regards to Torturous Tactics, this utility is very underrated and highly useful in certain situations. The utility is good for Brontes, on the orbs to take significantly less damage without using the traditional Cloud Mind/Unnatural Preservation combo or even bubble. In Dxun, using your stun on strategic targets like Thrasher’s, Shadow Walkers, and Hunters will help your team take significantly less damage.

The Masterful utilities for Sorcerer are almost always situational and will be interchangeable depending on the fight. Surging Speed is the only utility that you should take in every fight, and that simply due to the CDR on Force Speed which synergises quite well with Gathering Storm. 8 times out of 10, you’ll take Surging Speed, Suppression and Dark Resilience. On the few fights Lightning Barrier is good for, you swap out Dark Resilience for it. For Styrak, you take Electric Bindings instead of either. Only in NiM Dxun does your utilities in Masterful change quite frequently between the fights. For Red and Mutant Trandoshans, Lightning Barrier can be a 1k dps increase, in Encounters 1 & 2 both Electric Bindings and Haunted Dreams are very useful. Depending on your role for Huntmaster, Haunted Dreams is a must take and for Apex Vanguard as stated earlier in Skillful, you might only take 2 utilities in Masterful.

Fairly straightforward, Emersion is a very situational utility, in the fights that you need it swap with Unnatural Vigor.

The basic rotation for Madness is still basically the same as it was in 5.0, just with a lessened gcd from 1.3 to 1. 4. Using the Tempest of Rho tactical will ensure you get the most damage out of this rotation

The expanded rotation for Madness, just got a whole lot of fun with the new set – Gathering Storm. As stated earlier the Gathering Storm set, makes the next direct force attack deals 20% more damage after using Force Speed. Also, whilst Polarity Shift is active, you deal 20% more damage with Force attacks. So, before your heavy hitters Death Field and Force Leach, you would want to pop your Force Speed and Polarity Shift, adding Recklessness, Adrenal and your raid buff if applicable will ensure that Death Field and Force Leach deal a lot of damage.

For fights such as Dread Council in Dread Palace or Mutant Trandoshans in Nature of Progress (Dxun) and you are kiting Raptus or Graeus respectively, you will want to stay on the move, only stopping to cast 1 Force Lightning – optimal times may change per kiting patterns, while the bosses are channelling an ability is a good time, after moving out of the way of course. All other abilities in Madness can be cast whilst on the move.

The key thing for the AoE Madness rotation is that you want to maintain your 4 stacks of Fulminating Current as it will maintain the crit chance on your periodic abilities. When using Slow Mercy, you want to make sure you use Demolish after Death Field, so you spread all your dots and debuffs to each target. If you Fulminating Current stacks are about to drop, throw in a quick clipped Force Lightning to maintain the stacks, and spam Force Storm. An important thing to note, Force Storm will only deal the extra 15% damage as long as your targets are affected by Death Mark, so once Death Mark drops, Force Lightning to regain the 4 Wrath stacks for proc’d Demolish and continue the rotation.

Not all fights are suited to run Slow Mercy. In the second and third boss fights in Dxun both SM and HM are prime candidates for Slow Mercy usage. In the old content, there are a couple of fights where Slow Mercy can be used.

Disclaimer – This is by no means a recommendation to run Slow Mercy on these rights, in all cases Tempest of Rho will give you higher DPS. For Slow Mercy to truly shine, you need Demolish to last on the targets, and get a use out of Force Storm. Out of all the fights listed – Grob’Thok, Corruptor Zero, and Calphayus, for Calphayus though, you will be significantly weaker during the first phase against the Defiler, so only take Slow Mercy if you are very confident. In Dxun, Encounter 2 in all modes and Huntmaster in NiM are the best for Slow Mercy.

Here is a link to a sample parse. This is by no means a perfect parse, nor am I in full BiS gear. The parse was done with no guild perks.

Hi, I am Potter, APAC NiM raider, Guildmaster and co-founder of Tauntaun War Veterans on Satele Shan. I’ve been playing the game on and off since Beta, taking a few large breaks in between. I returned to the game in October 2018, and practised for a long time to get into Hard Mode raids and then Nightmare (Master Mode) raiding in late February 2019. As of writing this guide, I am 26/26 with timed with 16m achievements, 3 of 5 in Nightmare Gods of the Machine, and 5 of 6 in Nightmare Nature of Progress (Dxun). If you have any questions you can reach on Discord – https://discord.gg/es2d2pc – Potter#8669, or on Twitch – https://www.twitch.tv/pottypotter.

Special thanks to all the people that helped me write and edit this guide, and bounce ideas off. Your help has been invaluable. 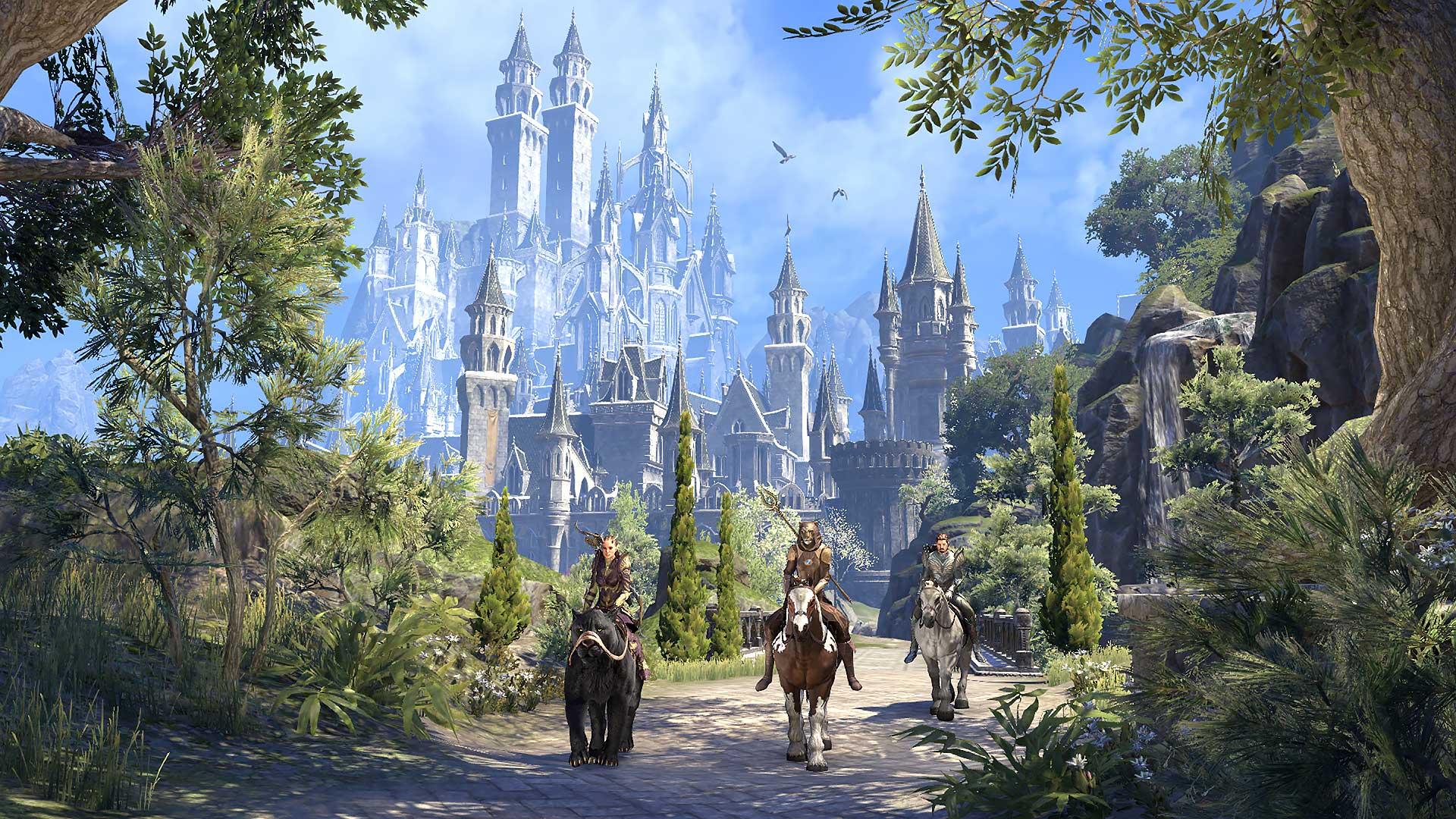 One thought on “6.1 Madness Sorcerer PvE Guide by Potter”