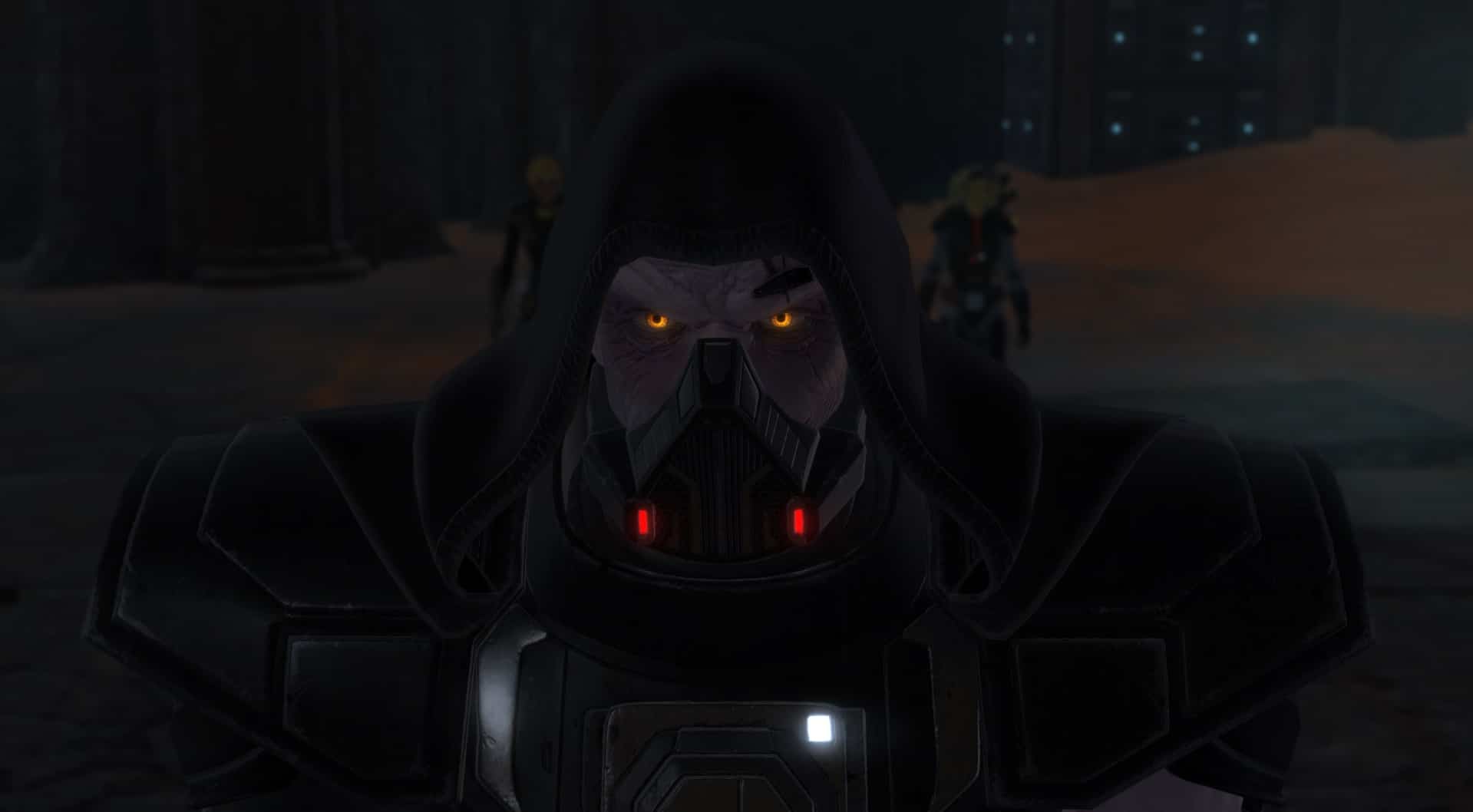 Darth Malgus’ return to the Old Republic was well received for the most part. But those who played through the Imperial story quickly realised that something wasn’t quite right. He is not the same Malgus we had known and loved from launch.

In this article, I’ll explain what happened to him and what’s going on now by answering some commonly asked questions.

Contents hide
1 How did he survive?
2 Why does the Empire accept him after he ‘betrayed’ them?
3 What is his role in the Empire?
4 Why is he serving Acina/not standing up to her?
5 Context and Speculation

How did he survive?

Originally, in the False Emperor Flashpoint, you knock Malgus down the shaft with a grenade (later on, they changed it so you could just kill him). According to the ‘Darth Malgus Lives’ Codex, agents of Darth Acina retrieved and resuscitated Malgus when she was the head of the ‘Sphere of Technology’ on the Dark Council.

The most popular theory holds that agents of Darth Acina, then-head of the Sphere of Technology, retrieved Malgus and resuscitated him…

Why does the Empire accept him after he ‘betrayed’ them?

Well to be fair if a person of Malgus’ stature and reputation walked up to you and told you he was in charge and had the full authority of the Empire, what would you do? Imperial citizens are pretty used to Sith infighting and constant changes of who’s in power. They know that their best chance of survival is to do whatever the victor says.

But also by this point in the timeline, the Empire has pretty much become what Malgus wanted it to be during the Ilum war anyway. No doubt most Imperial Citizens would be aware of what his goals were by now.

What is his role in the Empire?

Presently, he has taken on the duties of the ‘Emperor’s Wrath’ a duty/title once bestowed on the Sith Warrior. Prior to that, he was Acina’s secret enforcer.

Why is he serving Acina/not standing up to her?

According to the ‘Darth Malgus Lives’ Codex entry, when Acina retrieved Malgus and resuscitated him, she was somehow able to transform him into her own secret enforcer. Whether she did this with technology or with Sith Alchemy or possibly both remains to be seen.

…agents of Darth Acina, then-head of the Sphere of Technology, retrieved Malgus and resuscitated him transforming the cyborg Sith into her own secret enforcer.

Some of the dialogue in the story hints further at her control over him. When you are with Malgus at the end of the story speaking to Empress Acina, she orders Malgus to return to her so he can be ‘prepared’ for his next assignment.

You are also given the dialogue option to ask Malgus why he follows her orders and doesn’t stand up to her. He responds only with ‘you should hope that you never do’.

She seems to have almost complete control of Malgus. He must do as she says but he is free to complete her directives however he chooses. Perhaps similar to how Hydra had Bucky Barnes under their control in the MCU. Also, the implants on his arms look a lot like centipede implants (Agents of SHIELD, Season 1).

Empress Acina has had Malgus as her enforcer for a very long time. Even when you’re doing the Dread Seed Missions for her, she already has Malgus. How long it takes her to get him under her control or if she uses the dread seed technology somehow remains to be seen.

Also, something to consider is Darth Malgus only has the Empire’s best interests at heart, just like Empress Acina. Even though she has him under her control, their goals in regards to the Empire more or less a line. He desperately wants to see the Republic fall having tried and failed to see it happen twice himself.

I am very much looking forward to seeing more of Darth Malgus in future story!