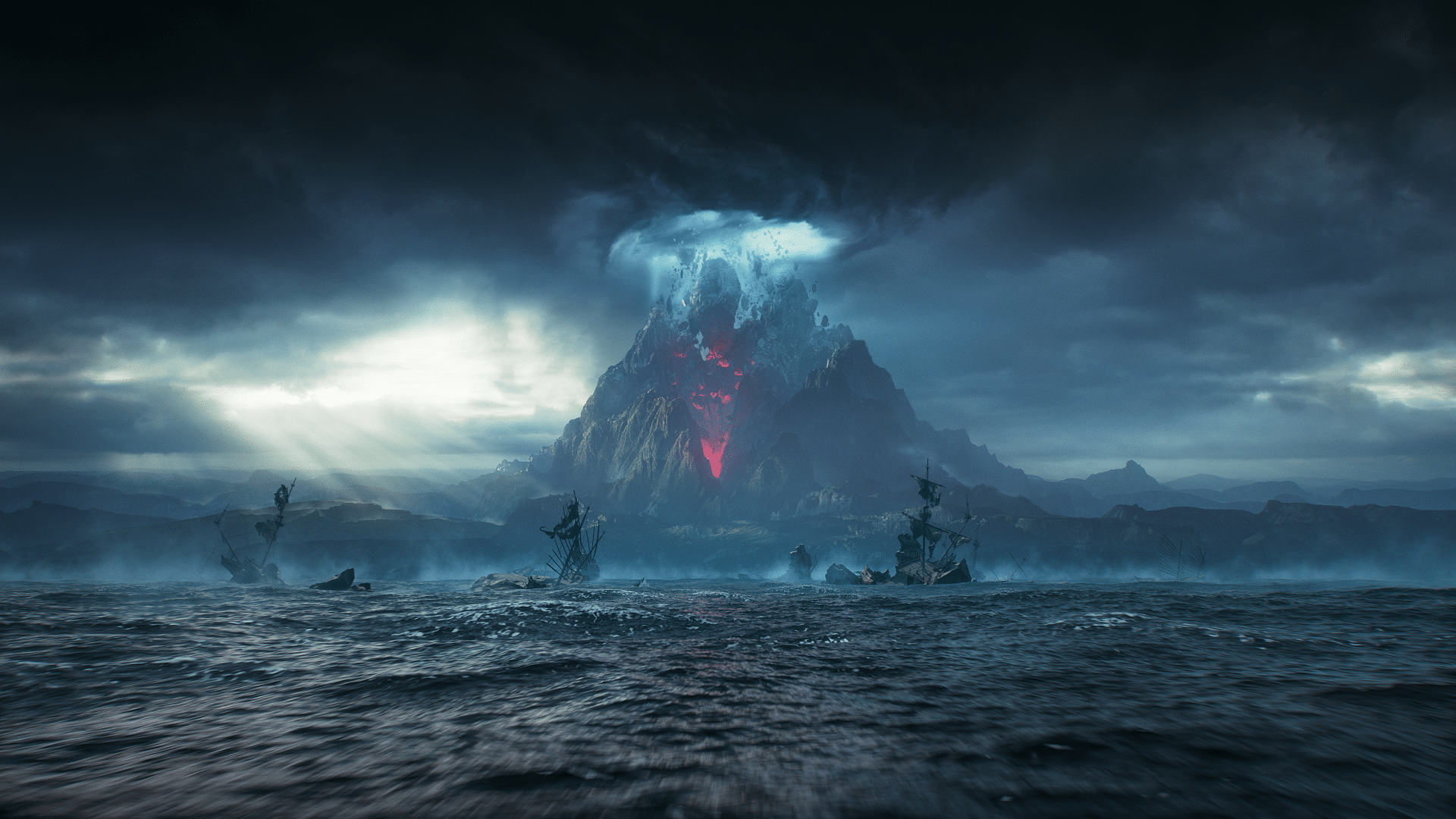 As we all know, 2020 IRL was not the best year and this translated, to an extent, into the gaming verse’. Nonetheless, there were some great moments in MMO gaming, for me, in 2020 I want to discuss that make me really excited for 2021!

Before we get started, full disclosure, these are the three MMO’s I played in 2020.

The main MMO Gaming highlight of 2020, for me, was getting to participate in the New World Preview Event. I was incredibly impressed with how immersive and complete the game was. I was instantly sucked into the lore of the game with compelling quests and the incredibly beautiful zones and scenery.

What really got me hooked though, was the incredibly immersive crafting system. Everything in the environment has a purpose and would disappear once you harvested it including massive trees and large rocks. You could even pick up twigs and stones and use them to craft stuff.

The combat was a bit more challenging than other MMO’s I’ve played but highly rewarding and enjoyable! Combat and skill lines are completely tied to weapons which I think is fantastic and should make things easier to keep balanced. The player housing system has a lot of potential but could use some tweaks (but shouldn’t be as high a priority IMO) and the settlement and guild systems look interesting. The lore (and the setting of the game) is very intriguing. The PvP systems seem fun but I did not get to participate in those beyond flagging to do some of the open-world PvP quests. Would’ve loved to participate in a Faction War!

There were a couple of issues, of course. The poor enemy NPC AI behaviour and large aggro fields got frustrating at times. Enemy NPC’s that were aggroed by another player (who was running away from them) would aggro to you if you were close by and could easily catch you unawares and result in your death. It isn’t exactly fair to a player to get aggro on enemy NPC’s that they did not attack simply because they (the player) are close by (or in the path of a player running away from the NPC’s). So yes, NPC aggro could use some refining.

Questing progression was quite confusing, initially. Once you completed some of the initial quests and get to your first settlement, you are quickly overwhelmed with quests. It wasn’t clear which quests you should do first and more often then not you were sent to areas beyond your level where the NPC’s would 2-shot you. Later on, it became obvious I needed to do the main questline as quickly as possible so I could my Azoth Staff. I was disappointed the questline abruptly ended once you got the staff though. Hopefully, there will be more of a ‘main’ storyline at launch. Quest pathing and perhaps a breakdown of quest types and their purpose should somehow be introduced. More clear labelling of level requirements for quests would be beneficial too.

Travelling was also very tedious. You had to walk everywhere. Yes, there was a currency (Azoth) you could use to teleport to discovered settlements but this same currency was also used for crafting so you can burn through Azoth very fast. I found the lack of Mounts quite surprising. Hopefully, they will be added to the game prior to launch.

Regardless of these issues, I’m very much looking forward to news of the game’s launch date and am hoping to get the chance to participate in more betas. This game has so much potential and already has so much to do in it. I can not wait to go back to Aeternum and discover it’s secrets!

I thoroughly enjoyed the Greymoor chapter in Elder Scrolls Online this year. While other parts of the game were severely bugged and unbalanced (Cyrodiil & PvP in general), the story offered a pleasant and intriguing respite from the major issues plaguing the game.

As someone who mainly plays Nords, I loved being able to go to Western Skyrim and experience Nord stories. The Western Skyrim and Blackreach Zones were incredibly beautiful and well designed. The main storyline was intriguing with an excellent cast of new characters. Getting to see old friends again was wonderful. I got to hang out with my BFF Lyris Titanborn and Count Verandis Ravenwatch was delightful, as always!

Another wonderful addition to the game this year was the Antiquities system. Again, another nice diversion that has you going back to old zones previously explored and digging up stuff. I love when MMO’s find creative ways of making old zones relevant and enjoyable. I’ve dug up plenty of pretty decorations and other nice things. I enjoyed the implementation of this system and very much look forward to seeing what they add to it in 2021.

Hopefully, PvP performance and balance will get the attention it desperately needs in 2021. If ESO can get PvP fixed and do some Housing tweaks, it would be a near-perfect game. I’m looking forward to finding out more about the upcoming Gates of Oblivion chapter.

While there was minimal content released in Star Wars The Old Republic this year, I was pleasantly surprised by the Echoes of Vengeance story released in Game Update 6.2. The culmination of multiple storylines from both The Old Republic and Knights of the Old Republic, this story gave us the epic conclusion we wanted from Knights of the Eternal Throne and tied up so many loose ends from many story threads from various mediums along the way. The best moments in the story, though, came from interacting with characters we haven’t seen in a long time. Getting to see Tenebrae’s original body was pretty damn cool too!

The only disappointing thing about it is that there isn’t an Operations version of the big fight that happens towards the end of the story. The game overall has been fairly disappointing this year. Both of the new Events were a nice bit of fun but beyond that, there wasn’t much new to do. The quality of life improvements targeting especially Conquest and PvP were certainly welcome though.

With many new story threads now happening in The Old Republic, I’m very much looking forward to seeing where the story takes us. Beyond that, the game needs significant attention and improvement in various areas too many to list in this article. With the Devs teasing great things for 2021, let’s hope The Old Republic can get together in time for its 10-Year Anniversary at the end of the Year.

Thank you, everyone, for reading this article! I’m looking forward to creating new content for you all in The Old Republic and beyond in 2021! 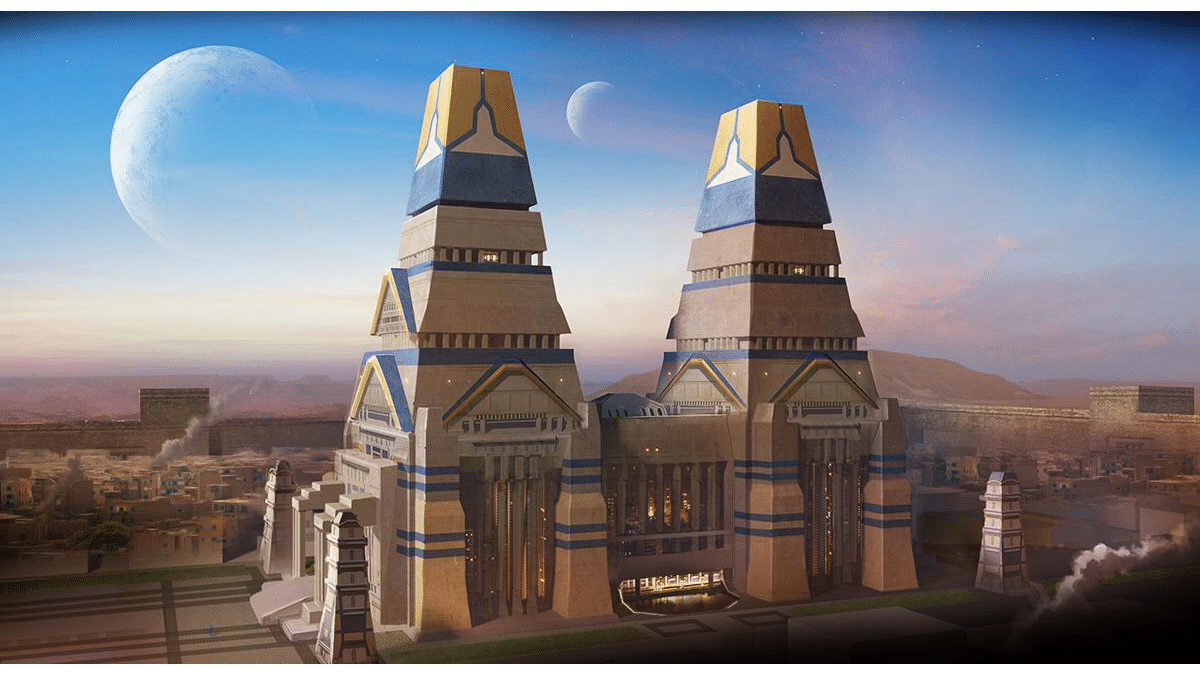