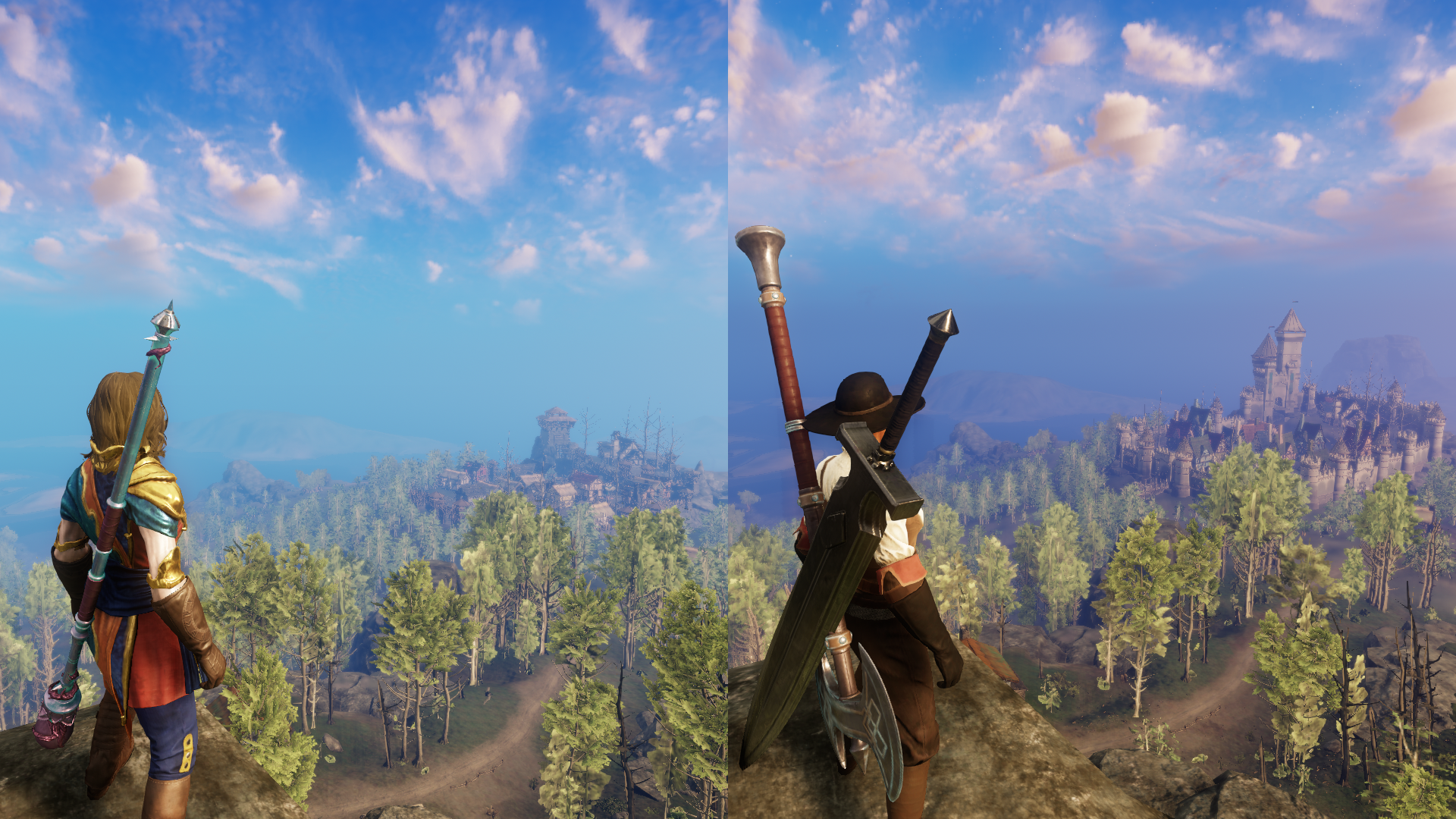 Monarch’s Bluffs has had a makeover and undergone several changes as part of an upcoming update to New World, Brimstone Sands. The most striking of these are the visual changes to the Settlement itself. The main and side questlines have also been altered and several location changes have been made.

The Brimstone Sands Update features a massive brand new zone (Brimstone Sands), a new weapon (Greatsword), significant changes to the starting level experience and some territories plus loads of quality of life features.

What follows are comparison screenshots of the Monarch’s Bluffs Settlement and a brief overview of some of the other changes within the territory. Please note the info in this article comes from playing on the PTR (Public Test Realm) and is subject to change. Everything seen and noted will be released with the Brimstone Sands Update in October.

Before and After Comparisons

A view of Monarch’s Bluffs from a hill east of the settlement looking west.

The rope fencing leading up to the Settlement was removed near all entrances.

There are no longer Lost in Crone’s Rest they have been replaced by Wolves.

The new outer walls are thicker and taller obstructing the views.

Most of the houses in Monarch’s Bluff are incomplete ie. missing stairs or floors on this stage of the PTR. And yes, those are glass windows!

Yes, you can now go inside the tower!

The architecture of all the houses and Inn has been changed to be medieval looking.

What else has changed in Monarch’s Bluffs?

There have been several quests and location changes made in Monarch’s Bluffs.

There have been several location changes in Monarch’s Bluffs. Some locations were removed or renamed and brand new locations have been added.

Here is a screenshot comparison between the Monarch’s Bluffs launch map and what it will look like in the Brimstone Sands update.

Here are some more screenshots of the Monarch’s Bluffs Settlement from the Brimstone Sands Update PTR.

Thank you for reading! Let me know what you think in the comments below or on Social Media. And a special thank you to my Patrons and Twitch Subscribers for your continued support! 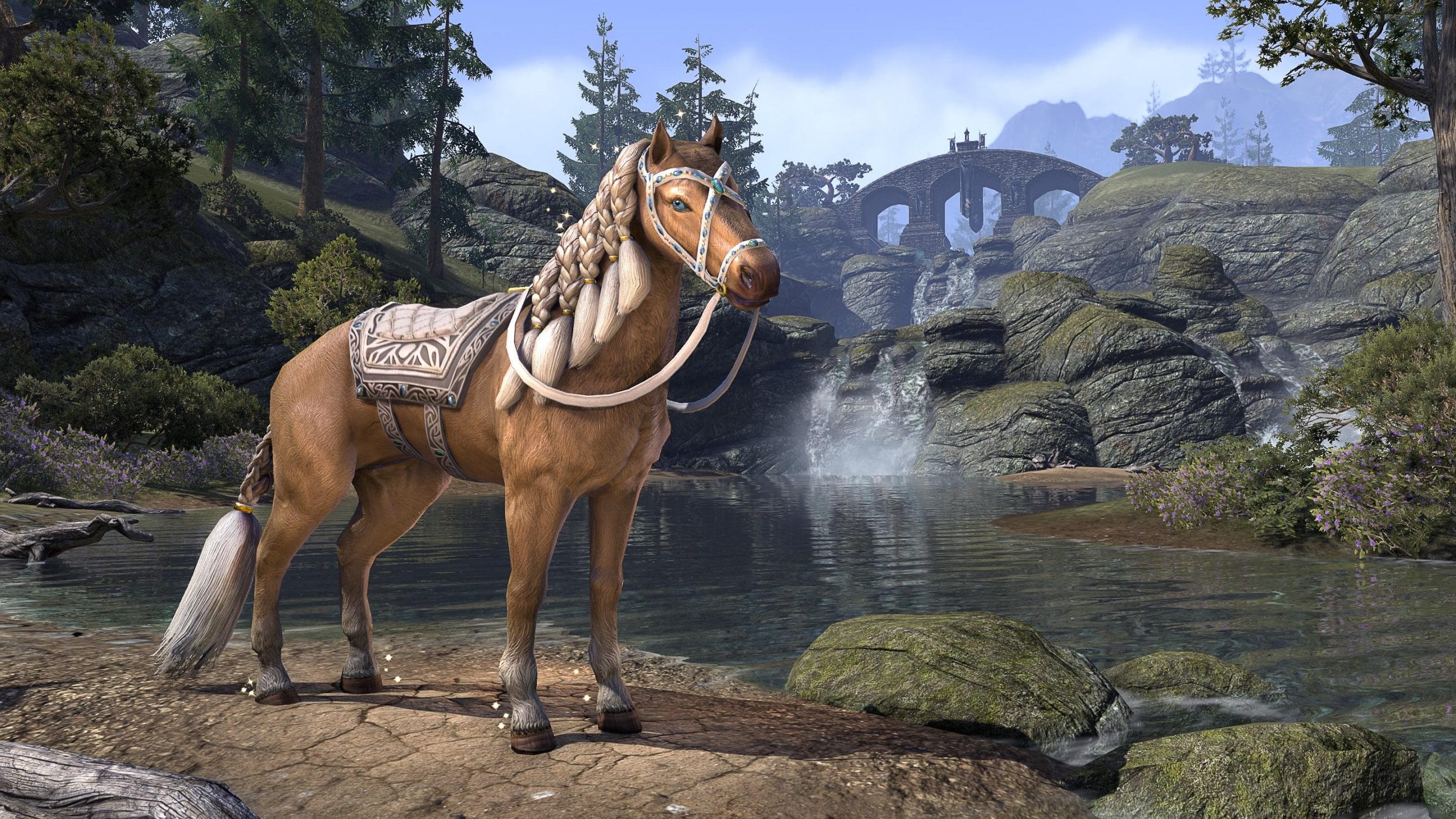 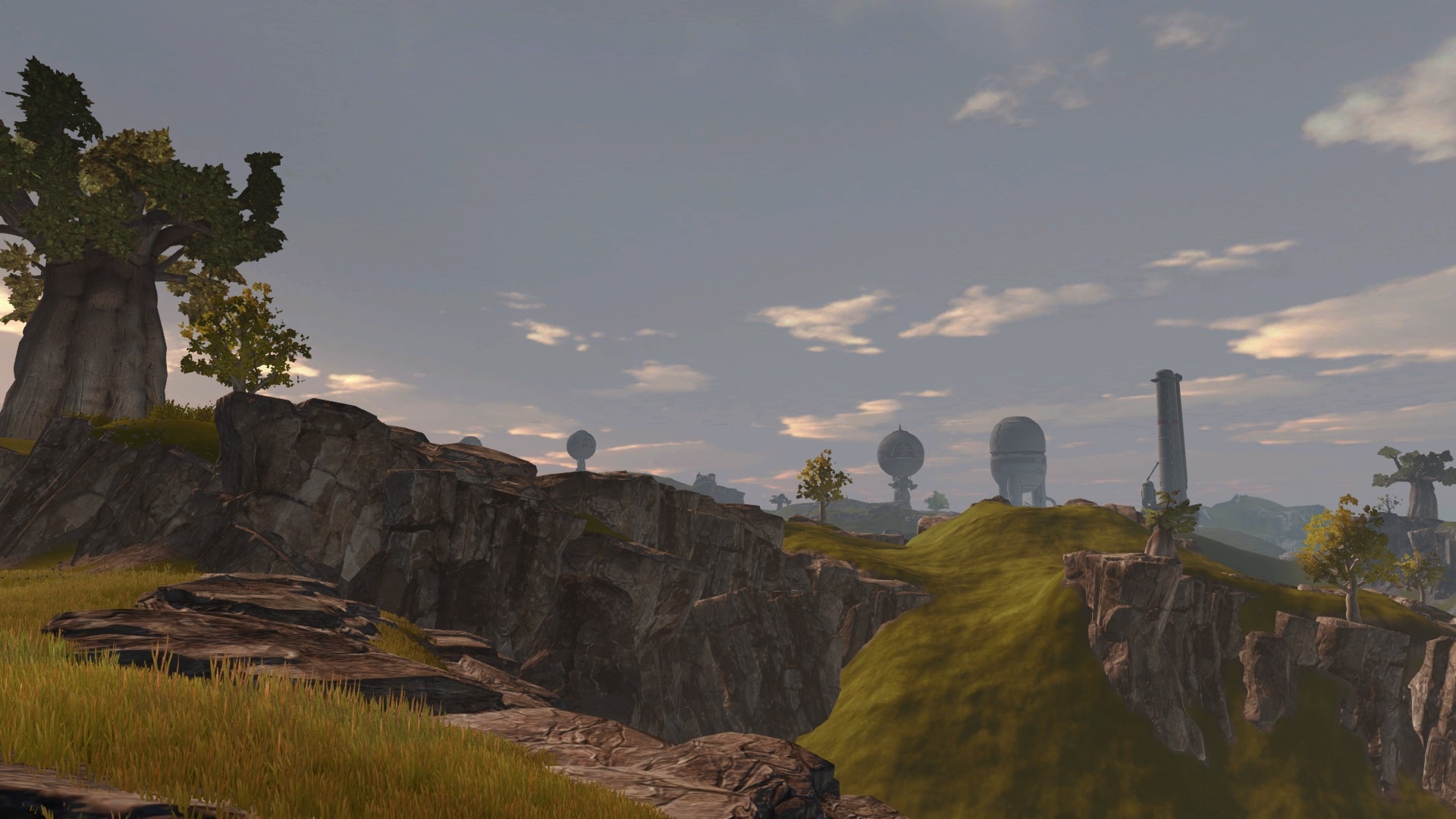